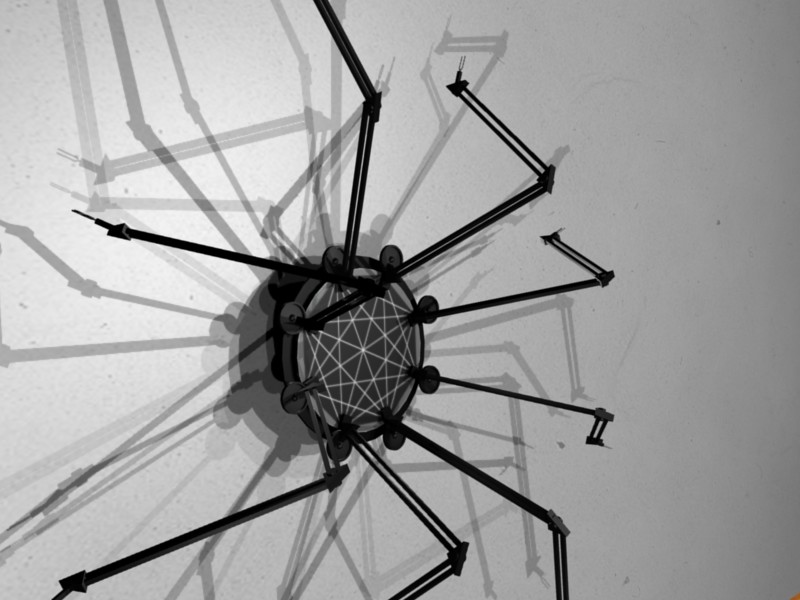 Installation, 2013.
The number eight represents the balance between the material and the immaterial. Energy and Matter. It carries with it the Universal Law of Truth, which is «cause and effect».
The number eight represents the Infinite.
The eighth card of the Tarot is the Force, and represents the struggle between discipline and control.
Morphologically the work resembles a spider climbing the wall.
It comes as a Mantra / Mandala, hypnotic, repetitive, algorithmic. It is a cryptic symbol Positive Energy.